Patrick Berry is the host of the program The Westfield News Radio Show that runs every Thursday from 6am-8am. Originally from Westfield, Patrick moved to New York and graduated from the City University of New York. Being the owner of The Westfield News Group and having worked for both The Neilsen Company and Sinclair Broadcast Group, Patrick has immense experience in all types of broadcast media. While he has spent a lot of time around television and print media this is Patrick’s first ever radio program. As a long-standing member of the Westfield Chamber of Commerce, and a truly dedicated member of the community Patrick strives to keep his news local and relevant to the residents of the city. When asked what he wants people to know about his show he said, “We want to keep it local. We’re just all about the community.” (143)

Little introduction is needed for a man as well known in the community as Mayor Dan Knapik. Mayor Dan hosts his political talk show, Mornings with Mayor Dan every Wednesday from 8am-10am. A Westfield native, this is the Mayor’s first radio program, other than a few fill in spots on some other local shows. Over the years Mayor Dan has been involved in many community organizations including the Westfield Red Cross, The Safety Council of Western New England, The Amelia Park Children’s Museum, the Boys and Girls Club, and The Downtown Performing Arts. When asked what he likes best about his program Mayor Dan said, “I have a huge passion for public service and I see the radio show as a natural extension of that passion.” 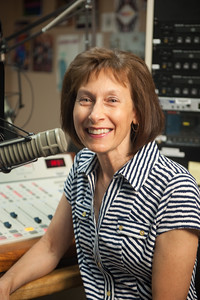 Tina Gorman (pictured right) is the host of the program, Wake up Wednesday every Wednesday from 6am-8am. Tina is the Director of the Westfield Council on Aging, and has a passion for helping older adults as well as the community in general. Tina currently serves on the Board of directors for the West Springfield Parish Cupboard. Before coming to Westfield Tina was a Springfield College professor for 12 years, where she also served as the Director of The Learning and Later Life Program. It’s clear that her prowess as an educator carried over into her current position, as she was awarded the 2013 Massachusetts Fire & Life Safety Educator of the Year Award for her development of the “Retire The Fire Program”. Tina says that the main goal of her show is “Education about health and wellness and living a healthy lifestyle.” 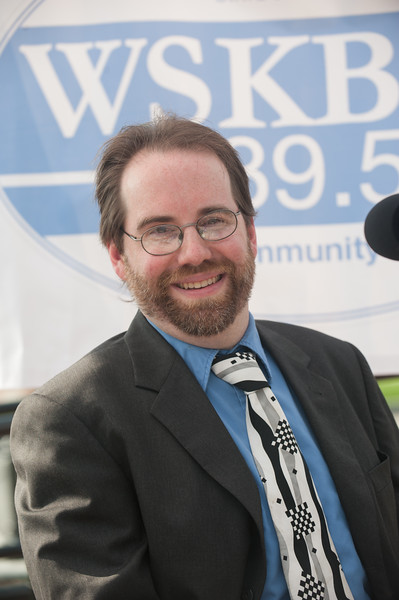 The host of this show is Michael “Buster” McMahon (pictured right), a graduate of Westfield State in 1992. He comes in every Monday, and along with Producer Peter Cowles, hosts an awesome Morning show blending classic music and talk. 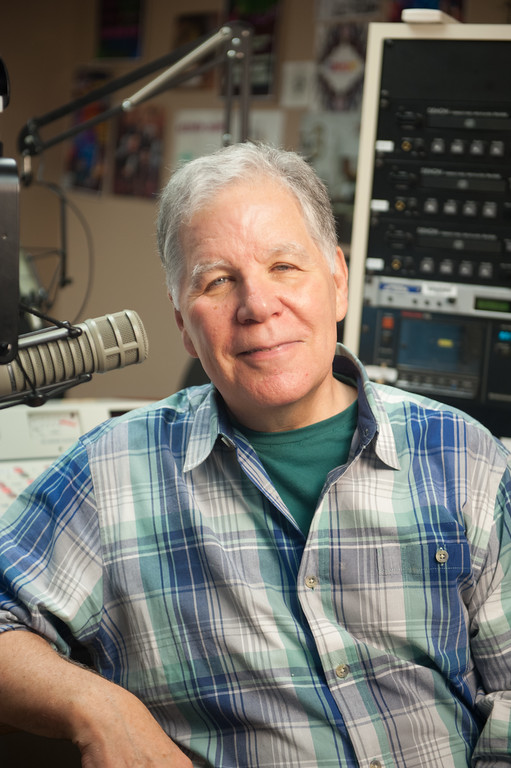 Bob Plasse (pictured right) hosts WOW! It’s Tuesday! every Tuesday from 6am-8am. A well-known member of the Westfield community, Bob is a Development and Community Relations Officer at the Office of University Advancement. Although it’s his first time on radio Bob is no stranger to being in the spotlight, as he was an actor for many years in New York City. Bob is also a member of Westfield on Weekends (WOW), an active member of the Board of Directors for the Westfield Museum, a member of the city’s Creative Economy Team, a member of the Board of Friends for the Forum House, and the Corporator of the Westfield Athenaeum. It comes as no surprise that Bob was awarded with the Westfield Citizen of the Year Award as well as the Rotary International Paul Harris Award. Even after earning those accolades Bob says, “My real award is working for Westfield State, it’s the best job I ever had in my life. It puts everything together for me.” and the Sardinha Family.